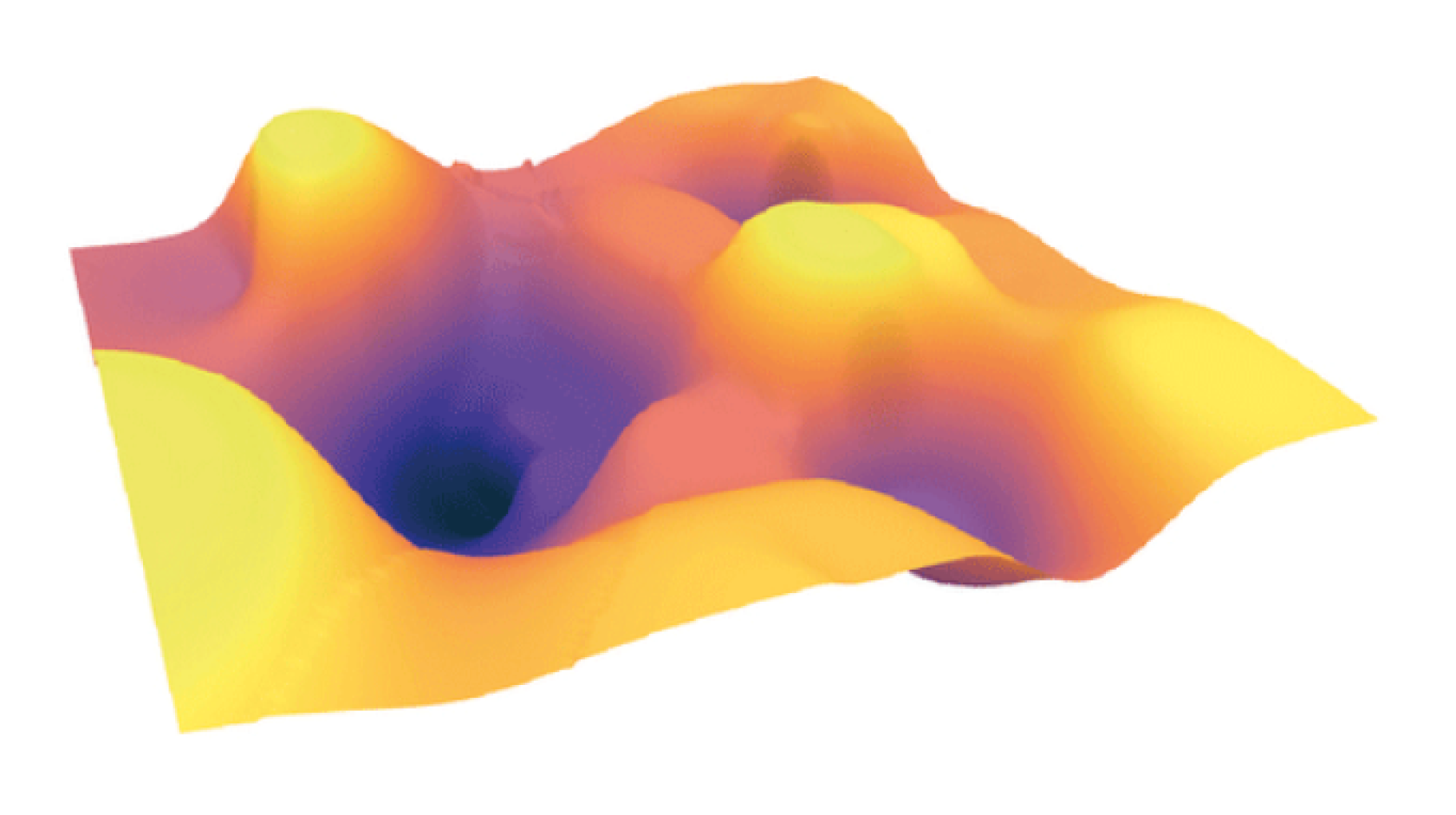 Credit: Richard Daws, Kings College London
The depressed brain encourages rigid thought patterns that impact well-being. This can be viewed as a “landscape” with deep wells that make it difficult for patients to “move between” different thoughts and perspectives.

Psilocybin fosters greater connections between different regions of the brain in depressed people, freeing them up from long-held patterns of rumination and excessive self-focus, according to a new study by scientists at UC San Francisco and Imperial College London.

The discovery points toward a general mechanism through which psychedelics may be acting therapeutically on the brain to alleviate depression and possibly other psychiatric conditions that are marked by fixed patterns of thinking. 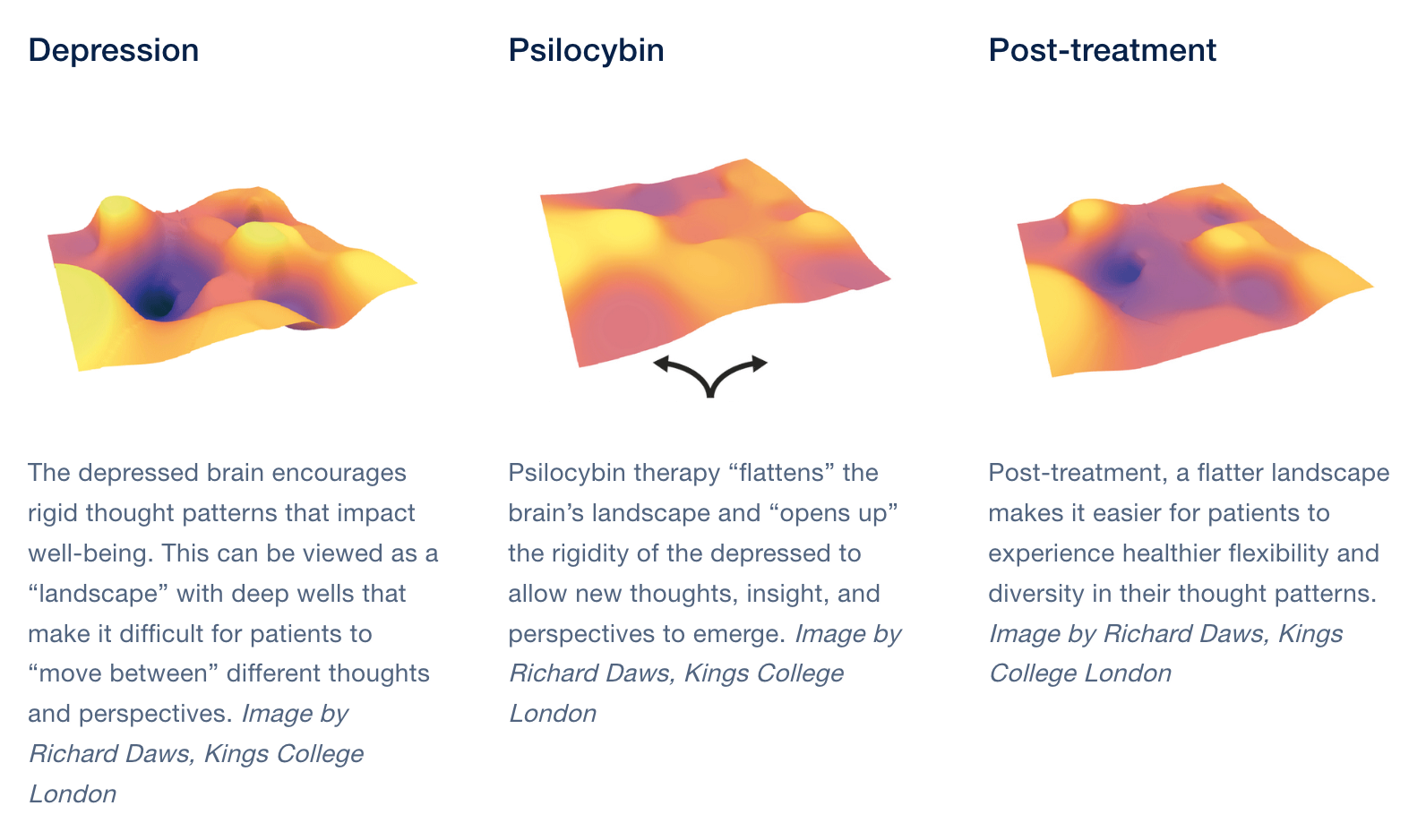 The scans, which were done before and after treatment, showed the psilocybin treatment reduced connections within brain areas that are tightly connected in depression, including the default mode, salience, and executive networks, and increased connections to other regions of the brain that had not been well integrated.

Participants were also less emotionally avoidant and their cognitive functioning got better. The improvement in their depressive symptoms correlated with changes to their brains, and these changes lasted until the study ended three weeks after the second psilocybin dose. No such changes were seen in the brains of those who received escitalopram, suggesting that psilocybin acts differently on the brain than SSRIs.

Psilocybin and other serotonergic psychedelics like ayahuasca affect 5-HT2A receptors, which are plentiful in brain networks that become overactive in depression. One hypothesis is that the drugs briefly disrupt these connections, giving them a chance to reform in new ways in the ensuing days and weeks.

“In previous studies we had seen a similar effect in the brain when people were scanned whilst on a psychedelic, but here we’re seeing it weeks after treatment for depression, which suggests a carry-over of the acute drug action,” said Robin Carhart-Harris, Ph.D., who directs the Neuroscape Psychedelics Division at UCSF and is the senior author of the study, which appears April 11, 2022, in Nature Medicine.

“We don’t yet know how long the changes in brain activity seen with psilocybin therapy last, and we need to do more research to understand this,” said Carhart-Harris, who is the Ralph Metzner Distinguished Professor of Neurology, Psychiatry, and Behavioral Sciences and a member of the UCSF Weill Institute for Neurosciences. “We do know that some people relapse, and it may be that after a while their brains revert to the rigid patterns of activity we see in depression.”

The authors caution that while these findings are encouraging, patients with depression should not attempt to self-medicate with psilocybin. The trials took place under controlled, clinical conditions, using a regulated dose formulated in a laboratory, and involved extensive psychological support before, during, and after dosing.

But the study points to a mechanism that, if it holds up, may explain both how psilocybin helps to alleviate depression and potentially other debilitating psychiatric conditions.

“For the first time we find that psilocybin works differently from conventional antidepressants — making the brain more flexible and fluid, and less entrenched in the negative thinking patterns associated with depression,” said David Nutt, D.M., head of the Imperial Centre for Psychedelic Research. “This supports our initial predictions and confirms psilocybin could be a real alternative approach to depression treatments.”

Disclosures, as well as the full list of authors and funding are available in the paper. 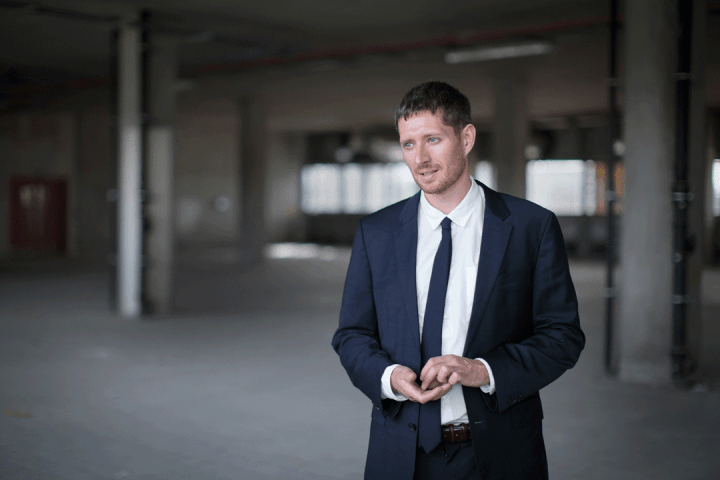 “We don’t yet know how long the changes in brain activity seen with psilocybin therapy last, and we need to do more research to understand this,” says Robin Carhart-Harris, Ph.D., director of the Psychedelics Division at Neuroscape.

The Healthy Davis Together initiative has earned national acclaim for its holistic approach to addressing the COVID crisis.

Many older registered nurses have left the field and a large number plan on retiring or quitting within the next two years.